Pegmatite is an igneous rock that form end of the stage a magma’s crystallization. Pegmatites contain exceptionally large crystals and they contain rarely minerals than other types of rocks. They have interlocking crystals usually larger than 2.5 cm in size. Generally most Pegmatites are found in sheets of rock that are dikes and veins Also near large masses of igneous rocks called batholiths.

Pagmatites most attractive feature is their crystal size, average crystal size over than 5 cm. Individual crystals over 10 metres (33 ft) long have been found, and many of the world’s largest crystals were found within pegmatites. These include spodumene, microcline, beryl, and tourmaline.

Pegmatite crystal texture form within pegmatitic rock may be taken to extreme size and perfection. Feldspar within a pegmatite may display exaggerated and perfect twinning, exsolution lamellae, and when affected by hydrous crystallization, macroscale graphic texture is known, with feldspar and quartz intergrown. Perthite feldspar within a pegmatite often shows gigantic perthitic texture visible to the naked eye. The product of pegmatite decomposition is euclase.

Name origin: The term of pegmatite derives from Homeric Greek, πήγνυμι (pegnymi), which means “to bind together”

The pegmatite mineralogy is dominated by some form of feldspar, frequently with mica and generally with quartz. Usually seeing that pegmatite include most minerals associated with granite and granite-associated hydrothermal systems. However, It is impossible to quantify the mineralogy. Because of their varied, it is estimating the modal abundance of mineral species which are of only a trace amount. This is because of the difficulty in counting and sampling mineral grains in a rock which may have crystals from centimeters to meters across.

Pegmatites is intruding mafic and carbonate-bearing sequences include garnet, commonly almandine or spessartine

Formation of the Pegmatite

Igneous rocks formed large crystals are usually ttributed to a slow rate of crystallization but with pegmatites’ large crystals are attributed to low-viscosity fluids that allow ions to be very mobile.During the crystallization stage, the melt usually contains a significant amount of dissolved water and other volatiles such as chlorine, fluorine, and carbon dioxide. Early crystallization process, water is not removed. So its concentration in the melt grows as crystallization progresses. Finally there is an overabundance of water, and pockets of water separate from the melt. These pockets of superheated water are extremely rich in dissolved ions. The ions in the water are much more mobile than ions in the melt. This allows them to move about freely and form crystals rapidly. This is why crystals of a pegmatite grow so large.

The extreme conditions of crystallization sometimes produce crystals that are several meters in length and weigh over one ton. Pegmatites form from waters that separate from a magma in the late stages of crystallization; this activity often occurs in small pockets along the margins of a batholith. Pegmatite can also form in fractures that develop on the margins of the batholith. This is how pegmatite dikes are formed.

However, this early magmatic stage is commonly followed by hydrothermal processes involving aqueous (and, in some cases, F- or CO3-rich) fluids, which leave their distinct mineralogical overprint, like the crystallization of fine-grained (sugary) albite, fibrous or spherulitic aegirine, exotic carbonate minerals, natrolite and various other zeolites.

In some cases, the primary mineral assemblage and texture are completely obliterated by late-stage hydrothermal reworking (metasomatism). These complex associations of minerals are described collectively as pegmatites or, to distinsguish them from their granitic counterparts, alkaline pegmatites.

Pegmatite is found in all over the world. They are most abundant old rocks.Some are found in large intrusive igneous rocks, while others are scattered over rocks surrounding intrusive magmatic rocks.

Worldwide, notable pegmatite occurrences are within the major cratons, and within greenschist-facies metamorphic belts. Aplite and porphyry dikes and veins may intrude pegmatites and wall rocks adjacent to intrusions, creating a confused sequence of felsic intrusive apophyses (thin branches or offshoots of igneous bodies) within the aureole of some granites.

Characteristics and Properties of Rock

Pegmatites can be classified according to the elements or mineral of interest, for instance “lithian pegmatite” to describe a Li-bearing or Li-mineral bearing pegmatite, or “boron pegmatite” for those containing tourmaline.

There is often no meaningful way to distinguish pegmatites according to chemistry due to the difficulty of obtaining a representative sample, but often groups of pegmatites can be distinguished on contact textures, orientation, accessory minerals and timing. These may be named formally or informally as a class of intrusive rock or within a larger igneous association.

While difficult to be certain of derivation of pegmatite in the strictest sense, often pegmatites are referred to as “metamorphic”, “granitic” or “metasomatic”, based on the interpretations of the investigating geologist.

Rocks with similar texture to pegmatites are called pegmatitic.

Pegmatite are used as architectural stone. If the pegmatite is sound and attractive, it might be cut into slabs and polished for building facing, countertops, tile or other decorative stone products and sold commercially as a “granite.”

Pegmatite is used in gemstone mining because of it has large crystal minerals. Gemstones found in pegmatite include: amazonite, apatite, aquamarine, beryl, chrysoberyl, emerald, garnet, kunzite, lepidolite, spodumene, topaz, tourmaline, zircon, and many others.

Pegmatite is used for rare mineral mining. These minerals can be commercial sources of: beryllium, bismuth, boron, cesium, lithium, molybdenum, niobium, tantalum, titanium, tungsten, and many other elements.

Pegmatite is frequently mined for industrial minerals. Large sheets of mica are mined from pegmatite. These are used to make components for electronic devices, retardation plates, circuit boards, optical filters, detector windows, and many other products. Feldspar is another mineral frequently mined from pegmatite. It is used as a primary ingredient for making glass and ceramics. It is also used as a filler in many products.

Facts About The Rock 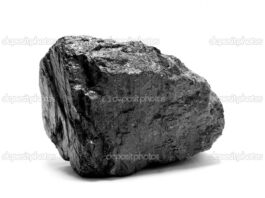 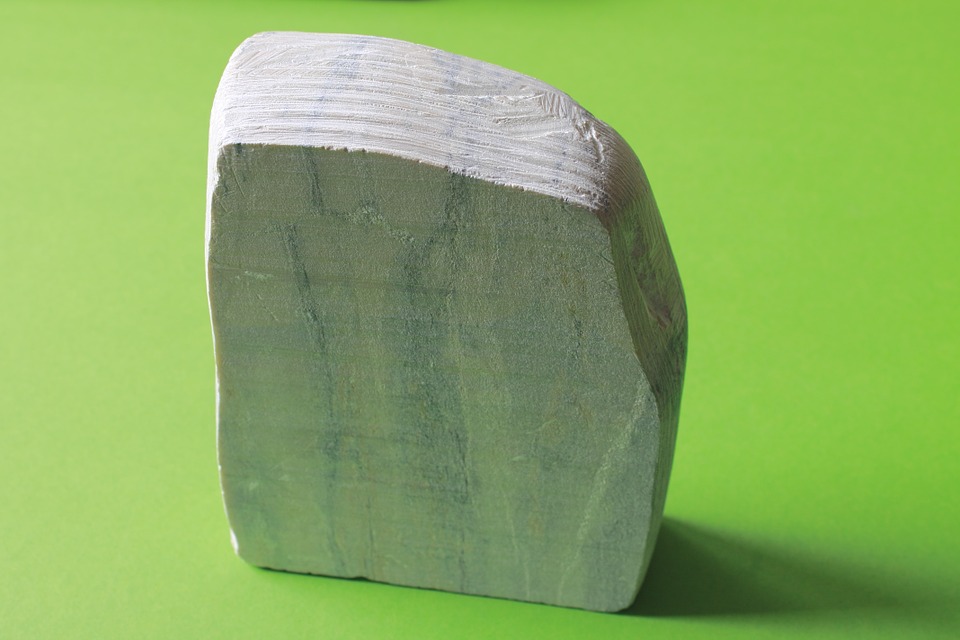 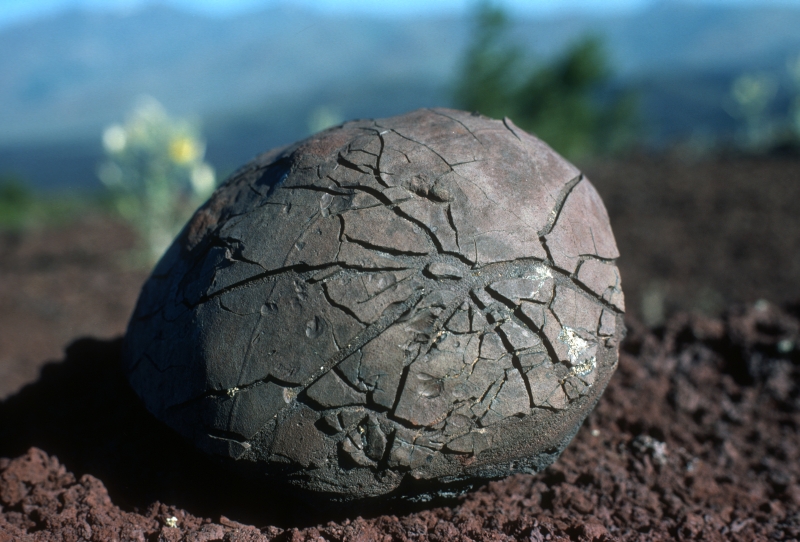 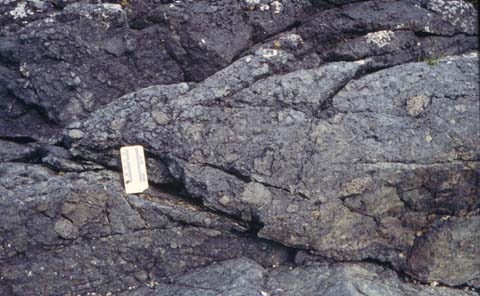 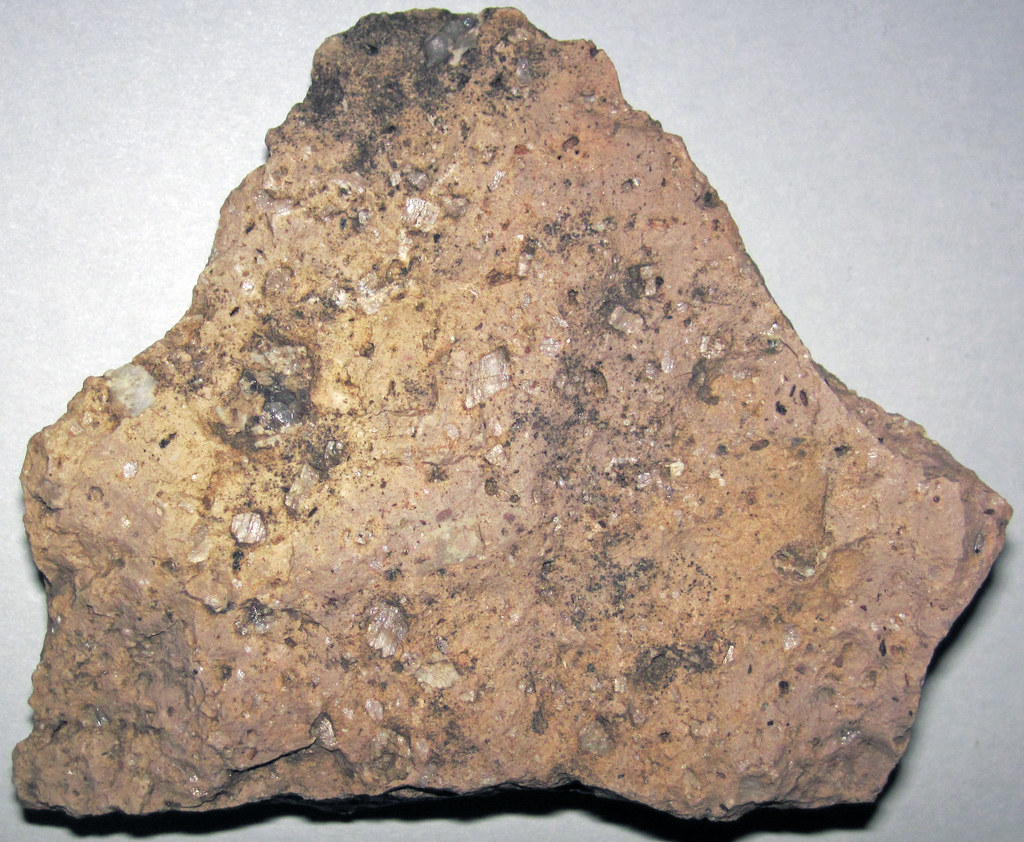 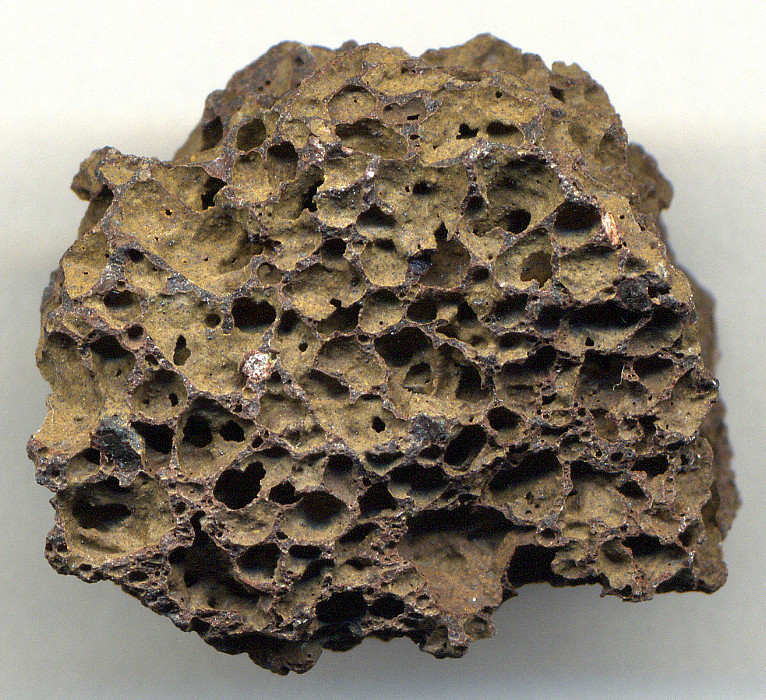